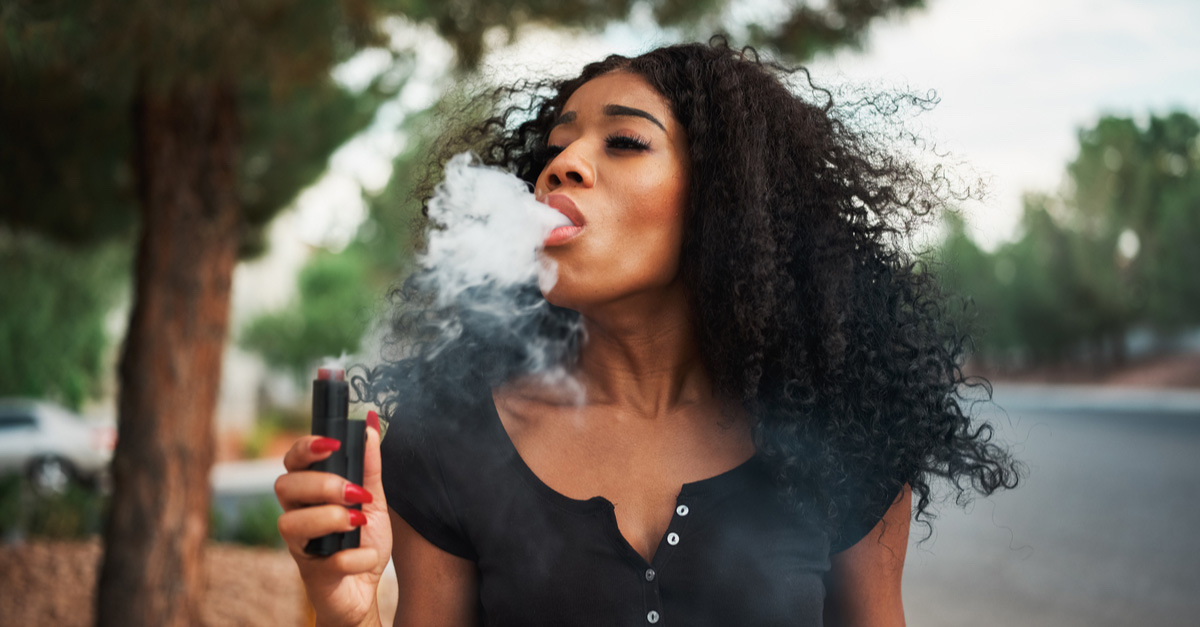 E-cigarettes are electronic devices that heat a liquid and produce an aerosol that users inhale. The use of e-cigarettes rose 900% among U.S. middle and high school students from 2011-2015. Some devices look like regular cigarettes, cigars or pipes, while others look like pens or other everyday objects. Larger e-cigarettes with tank mods, don’t look at all like any other tobacco products. Vaping is the use of an e-cigarette to partake in nicotine or other, more dangerous, compounds.

E-cigarettes, such as the JUUL pen, are designed to deliver flavored nicotine aerosols, sometimes in kid-friendly flavors. That in itself is harmful. Nicotine is highly addictive and can harm adolescent brain development, the Centers for Disease Control and Prevention says, and they may contain other harmful substances like ultrafine particles, chemicals that can damage the lungs and heavy metals.

The U.S. Surgeon General’s Office says that, in 2016, a third of U.S. middle and high school students who ever used e-cigarettes had used marijuana in them. In 2017 and 2018, the National Institute on Drug Abuse reported a significant increase in marijuana vaping. Vaping marijuana or THC oil can be more dangerous than smoking the drug, the U.S. Drug Enforcement Administration says. The oil contains a higher concentration of THC, the drug in marijuana that causes users to get high. This increases the likelihood of addiction and negative health effects.

In August 2019, the Centers for Disease Control and Prevention issued a warning in response to the rise in vaping-related lung sicknesses arising in two dozen states, The New York Times reported.The warning, which urged people not to use vaping or e-cigarette products, specifically targeted vaping products purchased on the street such as nicotine or cannibas. It also warned people not to modify vaping or e-cigarette devices.“E-cigarette products should not be used by youth, young adults, pregnant women, as well as adults who do not currently use tobacco products. If you use e-cigarette products, monitor yourself for symptoms (e.g., cough, shortness of breath, chest pain) and promptly seek medical attention if you have concerns about your health,” the CDC warning said.

What You Can Do

Parents, as always, talk to your children. It doesn’t have to be one big conversation. Maybe when you pass a vape shop while you’re out running errands. Let your kids know how harmful e-cigarettes and nicotine can be. Also, learn about the shapes and forms of e-cigarettes and look for signs of use. Educators, also be on the lookout for vaping in classrooms and around campus. Reject tobacco prevention programs sponsored by the tobacco industry, the CDC says, as they have been found to be ineffective. Instead, talk to your students about the risks associated with vaping both nicotine and marijuana. All adults should set a good example by being tobacco free.